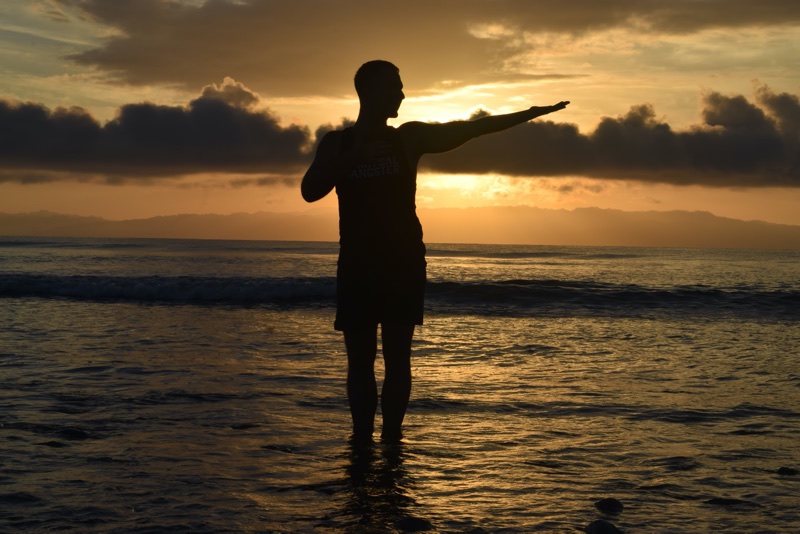 I’ve been teaching yoga for over 25 years. To my surprise, in that amount of time, the number of men doing yoga hasn’t really increased.

I’ve seen incredible transformations with the men that I have taught. I’ve seen men break through self-limiting beliefs. I have seen them open their hearts in ways they never thought possible. Filled with gratitude and a new lease on life, these men have experienced the real magic of yoga.

My question, then, is simple: if yoga is so beneficial for men – mentally, physically, spiritually, and emotionally – why aren’t more of us doing it?

Creating A Safe Space For Men

Considering this question, I decided to start a men’s-only yoga group in New York City in 2001. My studio created a safe place for men to explore yoga without the worry of comparing themselves to anyone, particularly to women.

Now, ladies, we love you. But, in my conversations with men, I realized that self-comparison was an issue, and why I wasn’t seeing more men in my classes.  A studio made only for men, helped these guys work around some of those mental barriers and natural comparisons.

Every yogi has to start somewhere. Beginning a yoga practice also means understanding one’s own unique limitations; physical, mental, and emotional. Everyone deserves a safe place to do that.

Yoga Was Originally A Boy’s Club

The irony of yoga’s increased popularity amongst women over the past few decades is that it is a practice originally created by men, for men. What most men don’t know, or have forgotten, is that women have only just recently been introduced to this practice.

Find out how an underground Men’s Yoga group became a worldwide sensation in 2001!

For thousands of years, yoga used to be just a men’s club. The idea of women doing yoga is only about 50 years old. (And thank Goddess women can now enjoy the practice as well.) Let’s take a closer look:

How Did The Tradition Shift?

There has been a lot of stigma about yoga over the years. Advertisements showcase thin, white women in advanced poses, https://www.yogaonlinebyblueosa.com/join-our-yoga-community-of-menwearing expensive, skin-tight leggings.

It’s important to remember that this is a billion-dollar industry that thrives on this type of marketing.

This type of marketing means that lots of people who come to yoga classes want to emulate what they see in ads and on social media. It’s great to spark interest and draw people into this practice. Still, it creates a marketing bottleneck for the rest of the population.

Moving Into A New Paradigm

If under-representation in the marketing of yoga deters men from taking more yoga classes, the actual practice of yoga may terrify them. Oftentimes, men feel obliged to catch up to women in yoga classes because of their lack of flexibility.

In our society, men are taught that their masculinity is tied to their physical prowess. If there’s something that they aren’t able to do physically, it may be emasculating.

This “over-portrayal” of beautiful women in difficult poses may be a factor in turning off men to yoga more than anything else. We all know what it’s like to think, “I could never do that.”

Yogis know their limits, and how to properly push themselves, but someone unfamiliar with the practice could be sincerely intimidated.

When I ask my non-yogi guy friends why they don’t practice, they say that they can’t do the poses that they see on ads and Instagram posts. The very idea of stepping into a yoga class terrifies them because of the standards they’ve built up in their minds.

This is unfortunate because there are so many kinds of yoga classes that are geared towards gradually building flexibility in the body. One of my favorite classes to teach is restorative yoga. These slower-paced practices aren’t as flashy. And, they certainly don’t appear in major marketing plans.

If the exclusivity in the marketing of yoga isn’t bad enough, the spirituality of yoga can turn men off. Chanting “OM” or sitting still with one’s thoughts is not very comfortable for newbies.

The practice of meditation is indeed increasingly popular. Its benefits are preached by yogis and doctors alike. Many executives and CEO’s are also turning to meditation and breathing exercises to deal with the immense stress they face daily.

Yet, most men still shun the idea of sitting still, let alone practicing any kind of spirituality that they weren’t raised with. The idea is so uncomfortable to many men that they don’t get to experience the health benefits that yoga and meditation offer (i.e., lowered blood pressure, improvement of cardiovascular function, and improved respiration).

Erasing preconceived notions and ignoring stigmas could make us not only spiritually balanced but physically healthier because of it. Plus, it’s fun!

In my autobiography I share my journey with this very issue, being that I was raised by a born again Christian mother and a stout, military father. It took me a long time to accept and embrace the beauty of Eastern spirituality.

But yoga is not about chanting “OM” nor is it about sexy, slender bodies. It is a practice of self-reflection.

The movement of yoga is important, but the real strength needed is the courage it takes to explore the unknown within yourself

So What Can Yoga Really Do For Men?

Yoga is integral to improving self-confidence. Strengthening the spine automatically improves body posture. A good posture is indicative of a confident and powerful man.

Yoga improves body posture and can help you realize more confidence in your professional and personal world. It doesn’t matter what industry you work in. Confidence opens doors.

If you read my blog on how to cultivate your own yoga practice, you can practice for yourself. Soon, you’ll notice the positive changes in your life after you align your spine.

Posture is one thing, but most men deal with an excess amount of stress. Yoga practice has the ability to show men how to be calm and collected in the face of intense tribulation. This can lead to better decision-making and ultimately, career progression.

Learning to stay calm in the face of challenges makes life easier. It allows for better relationships with romantic partners, family members, and colleagues. 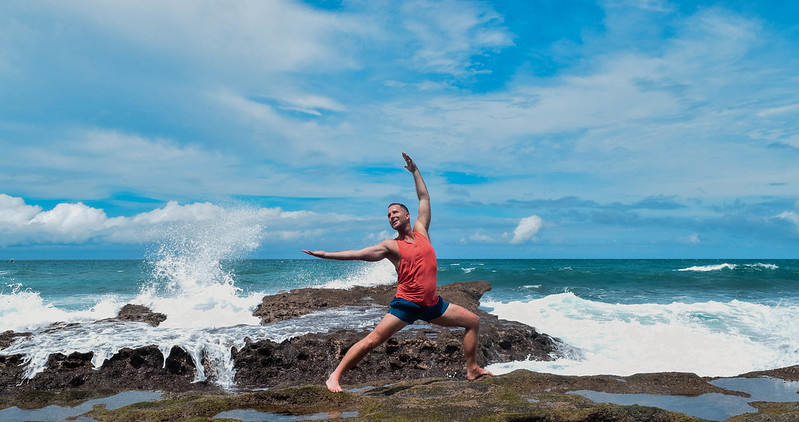 Yoga is a powerful tool for men, and I think it needs to become more commonplace. It will require more convincing and more intention. But, in time, I hope to see more men taking part in my yoga teacher trainings, and immersions. Having men share this safe space and learn how to really listen to what’s going on inside, is an honor.

As more men practice yoga there will be a greater chance they find peace and happiness in their lives. They can then, in turn, share the principles of yoga with the other people in their lives.

This is one of yoga’s greatest gifts. It’s an endless cycle of giving and expanding. Of honoring each and every soul exactly as they are.

Read more about me in my book, “Autobiography Of A Naked Yogi” 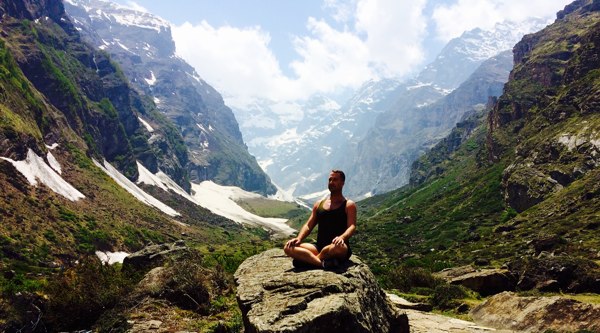