Examples of 108 as a Special or Sacred Number

The number 108 is considered highly auspicious in Hindu and Buddhist traditions. Although widespread in both Hinduism and Buddhism, the roots of 108 as a significant and sacred number are likely earlier. There is evidence that 108 was of special significance in Sumer, an ancient civilization seated along the Euphrates River in Mesopotamia over 5000 years ago. And, interestingly, the Sanskrit alphabet has 54 letters, with each having a masculine and feminine⎯shiva and shakti⎯form. Thus there are 108 forms in the Sanskrit alphabet. There are several possible explanations as to the origin and significance of 108, however, it does not appear that there are any texts from ancient times that explicitly outline the actual origins of the number. Thus there is no way to verify which, if any, of the hypotheses are in fact the true reason for the significance given to 108.

Examples of 108 as a Special or Sacred Number

– 108 has been a sacred and important number in the Indian Subcontinent for a very long time and its appearance in Buddhism is likely a reflection of Buddhism’s historical connection to Hinduism. There are many examples of 108 in these as well as others religious and secular traditions.

– In ancient Dravidian and Aryan religions of India, 108 was tied to the lunar calendar, to computation of the length of the cosmic ages, and to worship of deities such as Shiva and Kali.

– There are 108 beads on the mala, devotees often chant mantras or do breath of fire 108 times.

– The Sri Yantra, or the Yantra of Creation, has been known since ancient times as one of the most powerful and mystically beautiful of all yantras. There are 54 points where three lines intersect. Each intersections has masculine and feminine qualities (54 x 2 = 108).
There are said to be a total of 108 energy lines converging to form the heart chakra. 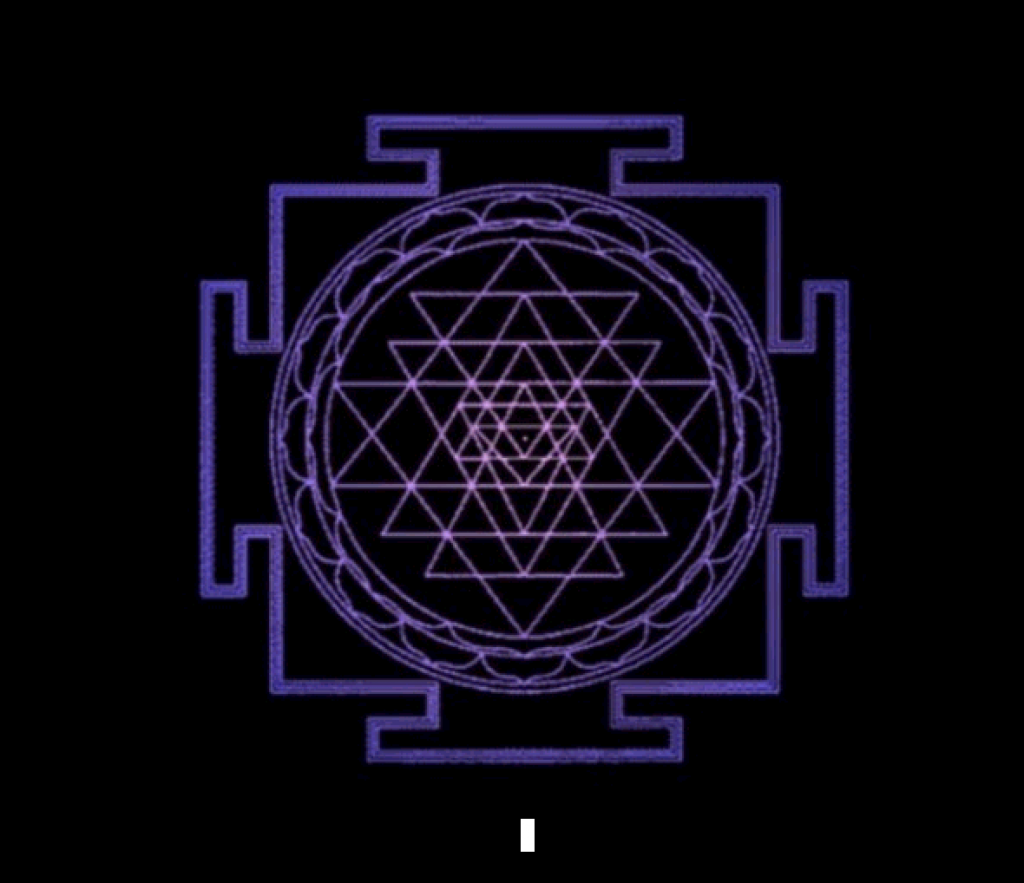 – The Upanishads are the last part of the Vedas (the Vedas being the scriptures that form the foundation of the early religious beliefs of Hindus) and also the ultimate teachings. Traditionally it is considered that there are 108 major Upanishads.

– Temples often have 108 steps, 108 columns or some other feature. One example is that the five avenues leading to the temple at Angkor Wat are each bordered with 108 huge stone figures.

– A custom among Japanese Buddhists is to ring the temple bell or a gong 108 times at the beginning of each year for new year’s luck and to remind people of the 108 worldly passions which lead to suffering. A variation of this is practiced in Thailand where people donate coins in a series of 108 bowls around a temple.

– 1 to 108 Sun Salutations is a traditional practice among yoga practitioners that is often used to honor change, such as the passing of a season from spring to summer for example, or at a time of tragedy, in order to respect, acknowledge and bring peace.

– According to Buddhism, we have 108 different sins and worries⎯variously referred to as defilements, impurities, lies, earthly or worldly desires⎯in our minds which block our path and must be overcome if we are to achieve enlightenment. 108 is derived as follows:
The three sense experiences x the six senses = 18.
Aversion or craving to these experiences= 18 X 2 = 36
Past, future and present incidents of aversion or craving = 36 X 3 = 108

– The Abhidharmapitaka, one of the main parts of the Pali Buddhist canon (i.e. the sacred literature of Buddhism, which is written in the language Pali), outlines 108 kinds of emotional desires known as klesas which are the afflictions of mind that taint our comprehension of realities. Most are false views which can be eliminated by gaining knowledge of the Buddha’s teaching on truth and knowledge (doubt, disbelief in cause & effect, clinging to views, egocentrism, seeing things only in terms of two extremes). A few⎯greed, hatred, ignorance, conceit⎯are more intractable and must be eliminated through the cultivation of meditation practice because they are habitual and ingrained compulsions.

Why 108?
Of course, none of the examples listed above explain why 108 was considered important in the first place. The ancient Indians were excellent mathematicians and numerology has important significance in many Asian cultures. The special status of 108 may have arisen because it is the product of a precise mathematical operation which was thought to have special numerological significance. It turns out that 1 power 1 x 2 power 2 x 3 power 3 = 108; i.e. 1x4x27=108.

The result of the sun and moon having the same ratio between distance and diameter is that they appear to be the nearly identical in size when viewed from the earth, when of course they are not⎯with the diameter of the sun being over 400 times that of the moon. This fascinating relationship also allows for the of total solar eclipses, where the moon obscures the sun entirely.

This could be the reasoning behind the appearance of the number 108 in the RigVeda (also RgVeda), the first of the four books of the Vedas. There is evidence that Vedic age astronomers made careful observations of the sun, the moon, and the planets as far back as the third millennium B.C. and this distance-diameter relationship can be determined without any instruments. Of course we can’t be sure that this remarkable astronomical fact played any role in the selection of 108 as a sacred number, but 108 (and multiples/variations of it) make appearances in the RigVeda and in the structure of the document itself. For example, there are 10,800 stanzas in the RigVeda and 108 is important in various aspects of the design of the Vedic fire alters that are outlined in the document.

The RigVeda is a collection of mantras or hymns which were intended to be said aloud and were meant to symbolically take one to the sky⎯to the home of the gods. Indian thought takes the outer cosmology to be mirrored in the inner cosmology of humans, so the number 108 is taken to represent the ‘distance’ from one’s body to the God within. The 108 beads of the mala then map the steps between the body and the inner sun. One is making a symbolic journey from the physical body to the heavens⎯traversing this distance of 108 from the earth to the sky⎯as they repeat 108 repetitions of their mantra.

In the end, the origin of 108 as a sacred number remains unknown.…and it is likely to stay that way unless some yet undiscovered ancient texts, that elucidate the original significance of the number, are found.

Narayan, S. The Cosmological Insights of the Vedic Seers. From IndiaNest.com. Posted 9 March 2005.