What Makes A Yogi A Yogi?

What makes a yogi a yogi? This is a question many people are starting to ask these days.

A couple of years ago, I watched a yoga documentary on a man’s journey to yoga, and in it, there was a scene when he meets the owner from Tits and Ass Yoga. (I am not sure if they are still in existence.) But the idea was that the instructors had to have big boobs and asses and wear clothes that were very revealing to lure men into the classes. This is where yoga has gone to.

Other studios feed into student’s adrenaline addictions by cranking up the heat or playing loud music.

Other teachers and studios focus solely on postures claiming alignment in the body is the key to unlocking our greatness and others teach that stillness is the only path to the self.

And what are we supposed to take away from this? As students, how do we answer the question, “What makes a yogi, a yogi?”

Outside of the One-Month Immersion Yoga Teacher Training, I don’t get a lot of teaching opportunities anymore, but occasionally I do at Blue Osa when a group leader asks me to teach. On one such day, I was privileged to have Kemah take my class and in reflection, she answered the question for herself.

I hope you can find the answer for yourself. 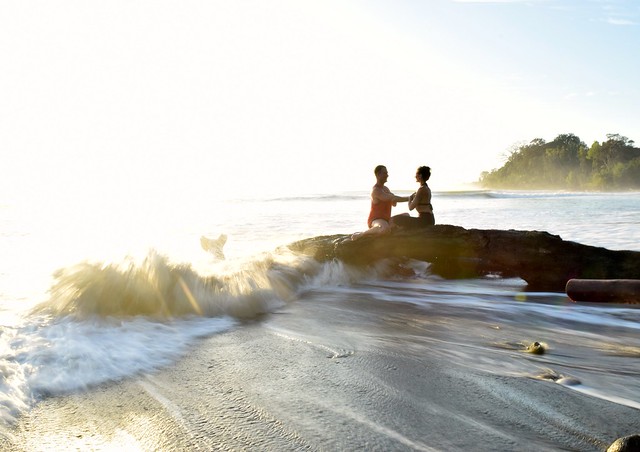 1:  a person who practices yoga

2: capitalized:  an adherent of Yoga philosophy

3 :  a markedly reflective or mystical person

I have met a number of westerners who apply the term Yogi to themselves. Granted they have studied in India which I consider amazing and admirable. And I readily admit they are quite learned and knowledgeable regarding yoga Sanskrit, principles and most definitely far advanced when it comes to the physical practice of yoga. 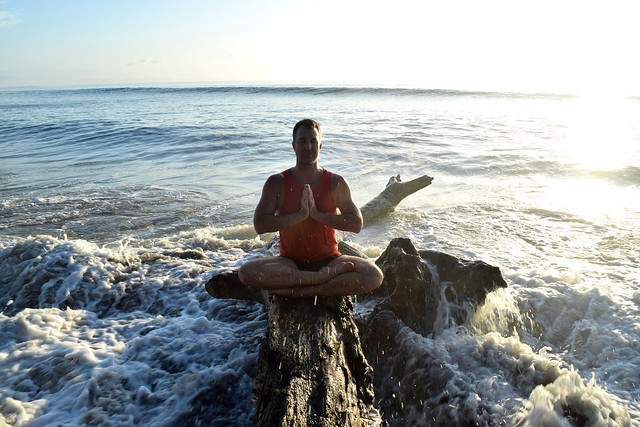 However, from my observation, they are a long way from the second and third definitions of a “yogi” as described by Merrian-Webster. “Capitalized yogi an adherent of the yoga philosophy” and a markedly reflective or mystical person. I am certainly a lay person and by no means an expert. Yet, I have studied, work with these “Yogis” and study extensively about yoga and yoga philosophy.

My understanding from documentaries and research is that the basic elements of a Yogi are humility, compassion, kindness, and generosity of heart. And this is what I have found missing in western Yogis I have encountered. With this in mind, I was hesitant to attend a class to practice yoga with Yogi Aaron. 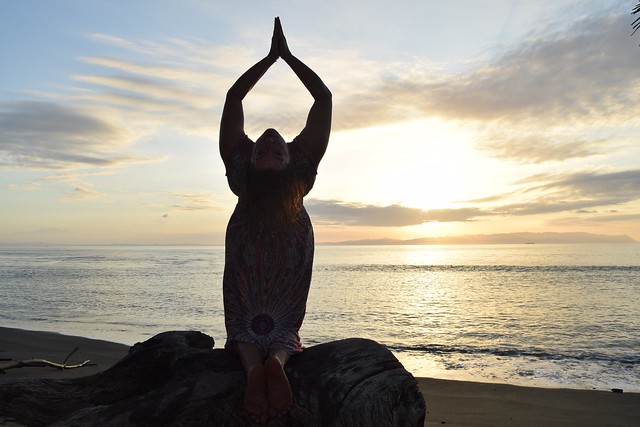 I entered Yogi Aaron’s yoga class and I was stunned. The person leading the yoga practice did not resemble the person I knew. After practice, I felt I needed to amend my view of what defines a Yogi. I thought, if Yogi means teacher then Yogi Aaron got it exactly right.

Yogi Aaron began the practice with two questions. First Yogi Aaron asked, “What is the goal of Yoga?” We all had our own experience and ideas regarding yoga. “Connection.” “Peace.” “Balance.”
“The goal of yoga is happiness,” Yogi Aaron declared. 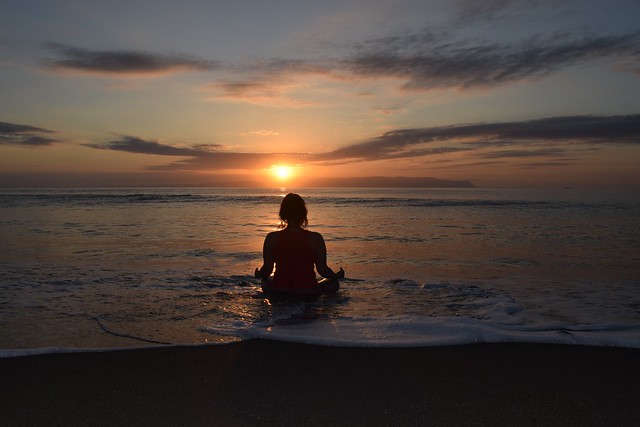 Happiness? I questioned to myself. I decided long ago that happiness was unattainable. Yogi Aaron further explained, “We human were meant to thrive.” Again I questioned, thrive? You would have thought these were a concept I had never heard or considered. To thrive and be happy? At that moment I felt blown away.

Read The Rest Of This Post On Blue Osa!